In the news Articles

The Orion Energy Accelerator offers two Start-up Grants worth a combined $25,000 for people and start-up companies with ground-breaking energy innovations to be guided through a programme to validate and commercialise their idea.

Orion General Manager, Customer and Stakeholder, Paul Deavoll said, “The energy sector has a big role to play in addressing the climate crisis.

“It’s vital we explore how we can do things smarter and innovate faster.

“This country has a history of innovation in technology, and this is a call to action for our innovators to lend their thinking to solve the biggest issue threatening the future of the planet.

“We’re looking for leading-edge energy solutions that will help us move urgently towards a low-emission future.”

Marian Johnson of Ministry of Awesome said, “We’re delighted to work with Orion on this programme, to tap into their broad energy sector knowledge and experience.

“The accelerator will be a game-changer for all participants as they’ll be surrounded with support and guidance from some of the brightest minds in energy, technology and start-ups.

“Our goal is to ensure these teams step out of the programme having made progress with their start-up and ready to commercialise their solutions.”

The Orion Energy Accelerator competition is open to individuals and start-up companies with innovations across a range of energy sectors, including smart grids, e mobility, EV charging and energy storage, and affordable energy solutions.

Applications open today and close 30 April 2021. Eleven start-ups will be selected for the accelerator programme on 31 May, all will get the opportunity to pitch at a Demo Evening on 5 August. Applications are open now, find out more at www.orionaccelerator.nz

Beekeeping to brewing: A smooth transition for Christchurch mead men 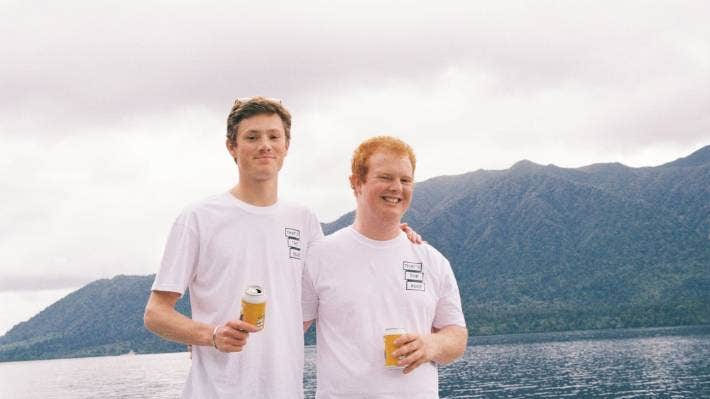 Edward Eaton, 23, left, and Wilbur Morrison, 22, are the two young minds behind The Buzz Club – a business making a modern day mead, a form of alcohol made from honey.

The Buzz Club is a new mead business by Christchurch entrepreneurs Wilbur Morrison, 22, and Edward Eaton, 23. Mead is a type of alcohol formed from honey.

The pair said they were in the “development stage” but were well on their way. Their brew was already being sold in Christchurch supermarkets and liquor stores, and they aimed to break into New Zealand’s other major cities next.

In its simplest form, mead is a mixture of yeast, water and honey. Morrison and Eaton said the difference with their product was the range of flavours and alcohol percentages they were producing to suit a multitude of palates.

Morrison, an agricultural science student at Lincoln University, was working as a beekeeper when he sought a more profitable way to make the most out of his honey. 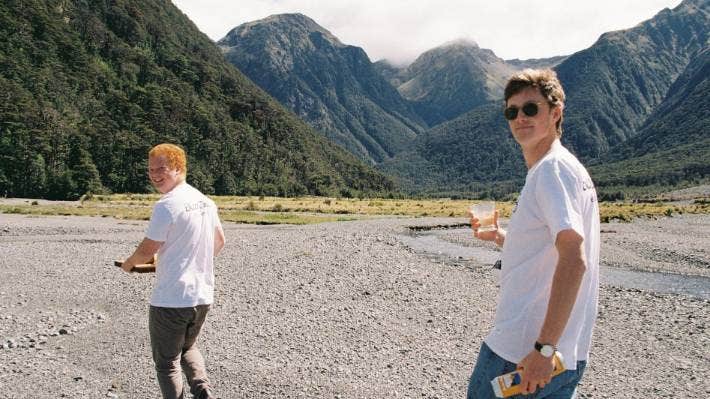 Morrison, left, is the founder and logistics man while Eaton has created a slick can design and advertising campaign for their new alcohol made from honey.

He and some mates brewed his first batch of mead in a garage as “a bit of fun” about 18 months ago.

Eaton, a business marketing major and close friend of Morrison’s, joined the young brewer and took over the business’ social media and advertising campaign, while Morrison managed logistics.

To keep up with demand after settling on a few different flavours, the pair contracted all production to a local brewer in Hornby, where they conducted regular tastings and quality control.

Their mead first entered Sumner supermarkets about four months ago and the feedback so far had been “better than we thought”, Morrison said.

“The biggest issue is that people don’t actually know what mead is,” he said. 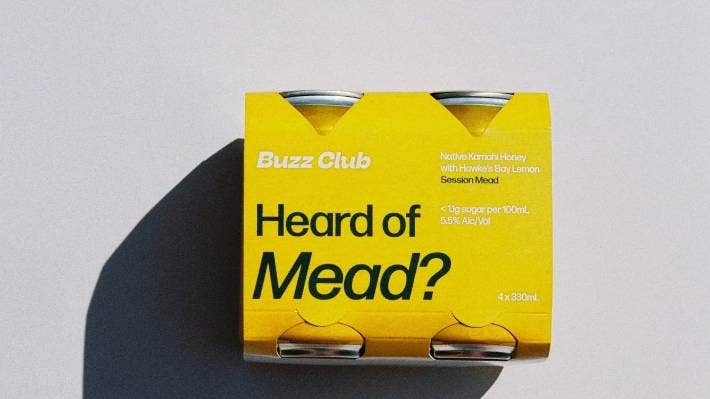 The Buzz Club’s mead range comes in a variety of different flavours.

“Our goal is to make it as different and accessible as possible.”

Mead is argued to be the world’s oldest form of alcohol and is created by fermenting honey with water, sometimes with various fruits, spices, grains, or hops. The alcoholic content ranges from about 3.5 per cent to more than 18 per cent. Most of the beverage’s fermentable sugar is derived from honey.

The Buzz Club mainly produced a session mead, which is a 5.5 per cent alcohol volume, dry, sparkling mead. It was brewed using native New Zealand honey and included added fruit juice to complement the natural fruity and floral honey flavours. It was now available across 14 supermarkets and liquor stores in Christchurch and on the company’s website.

Morrison and Eaton’s next goal was to break into Auckland and Wellington stores.

The boys had got some competition. Towards the end of last year, Wānaka entrepreneur Chanelle O’Sullivan, 32, launched Borage + Bee Meadery, brewing a modern New Zealand version of traditional mead wine.

The Buzz Club was supported by the Te Ōhaka centre for young startup businesses. The centre was involved in a variety of Christchurch startups including an international sports software brand and fruit picking robot company.

Original story was published on Stuff.co.nz.